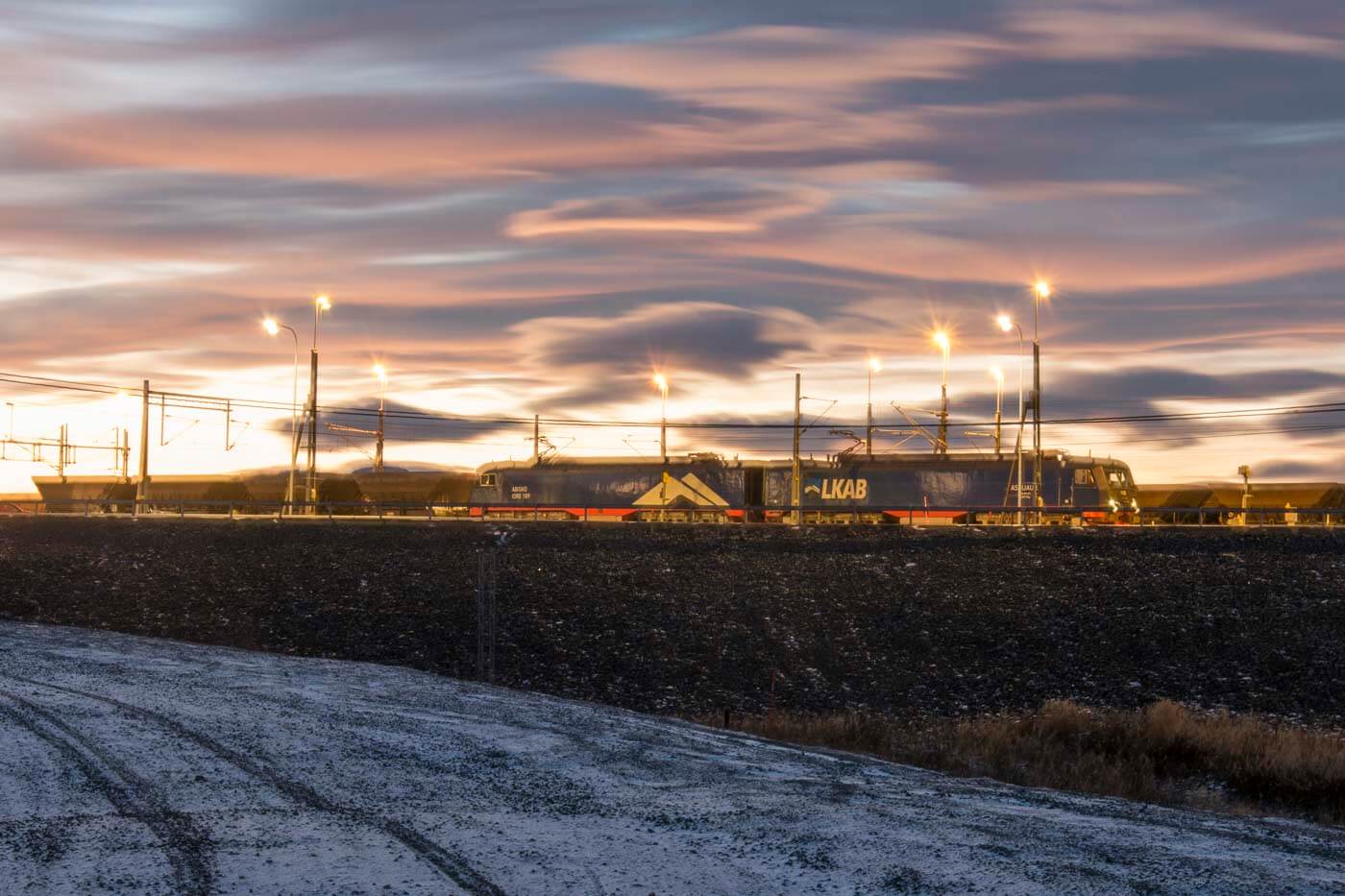 The article is the result of a research trip, conducted together with Mark Kammerbauer, to the mining town of Kiruna, 140 km north of Sweden’s Arctic Circle. The city is known for its mining of iron ore. Every day, an amount of steel sufficient for the construction of six Eiffel towers is being mined. Since 2012, mining has been carried out underground to a depth of just less than 1,400 m. The miners are brought to work in buses on about 400 km of underground roads; there is WLAN in every tunnel. Two thirds of the urban population works in the mine; the inhabitants call it “mother”.

Blasting takes place every day after midnight. A 20-ton elevator brings 40 tons of ore to the surface per trip. The raw material is transported in long freight trains to the port in Narvik (Norway) from where it is shipped out. About 95% of European metal products are produced with iron that originates from Kiruna.

For some years now, mining has increasingly been undermining the city. In particular, the centre of Kiruna is located on a growing deformation zone and is to “move” on the basis of a master plan. A new town hall is being built on safe ground, a greenfield site, approx. 3 km from the city. Some of the valuable buildings will be dismantled and rebuilt in the new centre. Another part will be destroyed, e.g. the listed town hall by architect Artur von Schmalensee and the residential ensemble Ortdrivaren by Ralph Erskine (images below). Kiruna is thus undergoing one of the largest urban transformations in Europe. For more information: Topos no. 102.

The photo documentation on Ortdrivaren was made available to the archive of the Centre for Architecture and Design in Stockholm, Ark Des (Photos: Joachim Schultz-Granberg). view over the main building and the mine 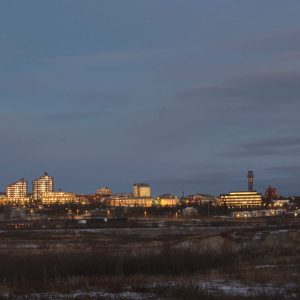 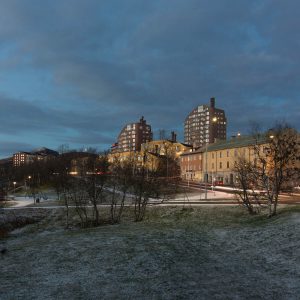 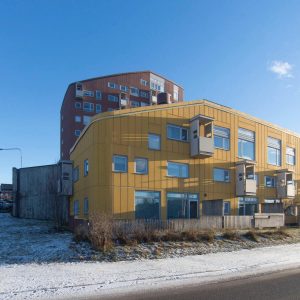 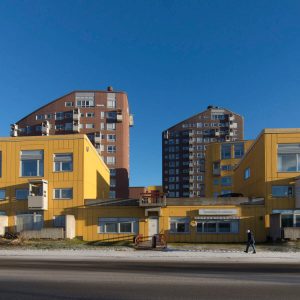 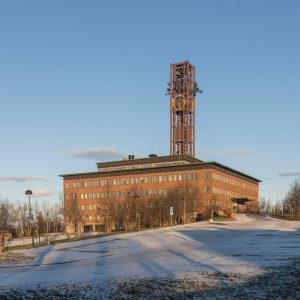 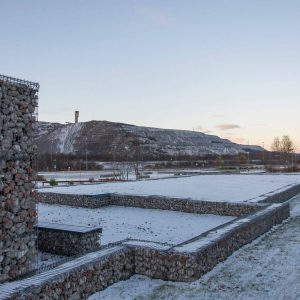